Tic-tac-toe in a true 3D environment.

Play against a friend or against your device.

Spin the game board around to get the best view. Tap the red move dot to select your space.

Made a mistake? Undo your last move. But do it quickly before the Undo button disappears.

To play against the device, touch the device button (iPad’, ‘iPhone’, etc. depending on your device) below the ‘Player B’ button and select the level of play ‘Easy’, ‘Medium’, or ‘Hard.’ 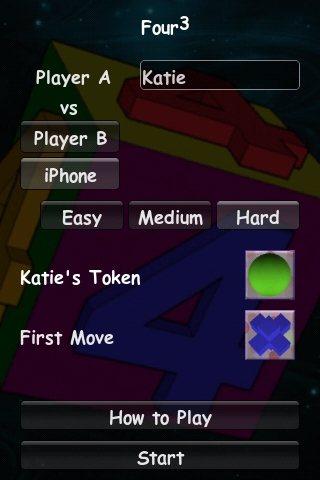 Touch the ‘Start’ button to open the game board.

The object is to get four in a row up, down, across, or diagonally.

You select your game space by touching the red move dot occupying the space you would like. 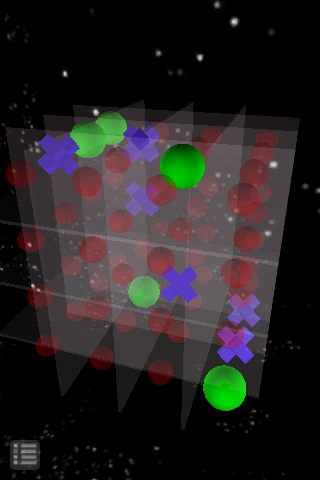 After selecting a space, a shrinking ‘Undo’ button will appear (in case you make a mistake.) You have until this button disappears to touch it to undo your move. If you undo your move, you immediately get to select a new space. 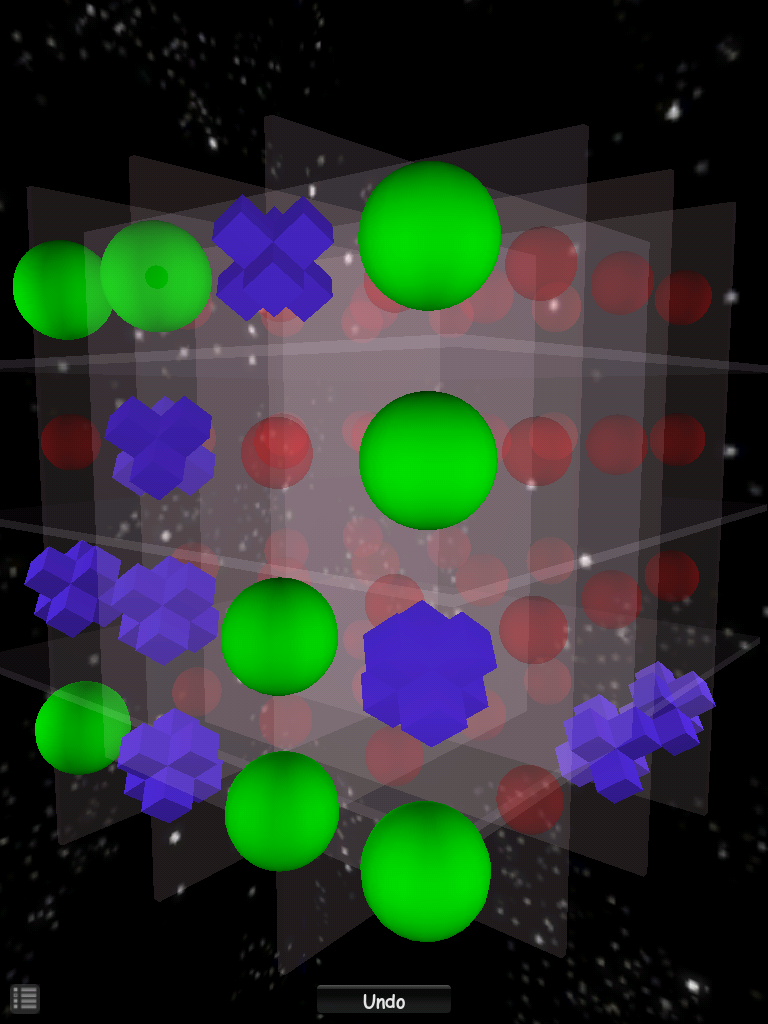 To rotate the game board, swipe left, right, up or down. A small swipe will result is a small move. Swipe and hold to spin the game board. You can also pinch to zoom, but you can’t zoom in or out too far.

To bring up the Options screen touch the options icon in the lower left corner of the game board. 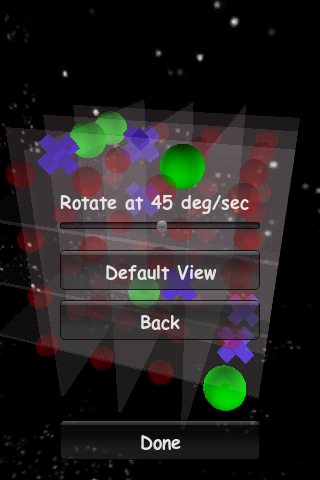 In the Options screen you can change the rate of rotation with the slider, reset the game board to the default viewing angle with the ‘Default View’ button, or return to setup screen with the ‘Back’ button. Touch the ‘Done’ button to exit the options screen and return to game play.

When a game is finished, either with a win or a draw, you will be given the option to play again. Select ‘Yes’ or ‘No’. Selecting ‘Yes’ returns to a new game board with the existing settings, selecting ‘No’ returns to the setup screen.